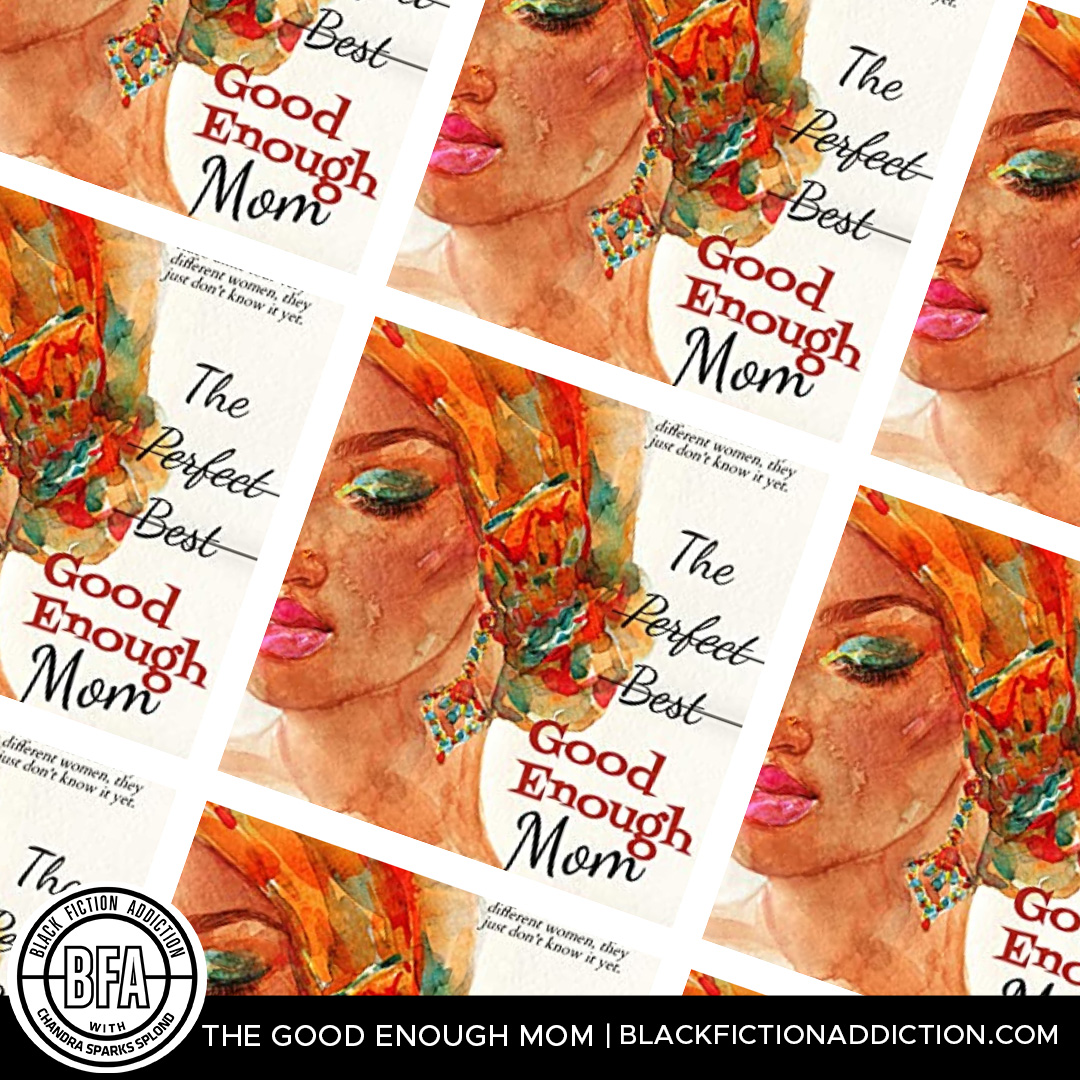 Just in time for Mother’s Day, there’s a new anthology celebrating mommas. The authors are visiting today to talk about their contribution to The Good Enough Mom. 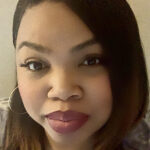 Gina Johnson
Gina Johnson is an award winning author who has been published in 4 anthologies on topics ranging from love to motherhood. Her debut novella, Love Delivered was a continuation of the Faith in Love series which she co-wrote with best-selling author, Michelle Stimpson.

Her latest project The Good Enough Mom, will be released on May 3. She resides in Chicago with her husband of 20 years and their four children.

Tell me about your contribution to The Good Enough Mom.
I wrote the story of Jada Evans. A struggling single mother with a peppered past that often haunts her. All that Jada wants is love, but she falls short every time. One day while perusing the internet she stumbles upon a post by internet sensation, Harper Miller. Harper seems perfect, and Jada soon becomes a fan. Her admiration for Harper encourages her to be a better mother to her four boys. When she finally meets Harper in person however, she soon realizes that Harper is anything but perfect.

What inspired you to write it?
I wanted to write a story about a mom who is failing based on society’s norms. Those mothers are often judged and looked down upon, but if we look closely we all can find similarities in mothers who are obviously flawed.

What’s next for you?
I will be releasing a Christmas novella which will be book 5 of the Faith in Love series that I began writing with Michelle Stimpson. Book 4 was my debut solo project and I’m excited to write this one solo as well.

When did you fall in love with the written word?
I was in the third grade and had just read Ramona the Brave by Beverly Cleary. I loved it so much I began making up stories of my own.

What’s the best part of being an author?
Being able to literally escape to another world. I often live vicariously through my characters and it’s exhilarating. The next best part is the sense of accomplishment I experience when I type my two favorite words: The End. 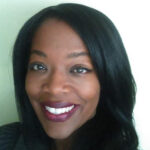 Keleigh Crigler Hadley is the award-winning author of Revenge, Inc., The Preacher’s Kids series, and the novel, What You Won’t Do For Love.

If you are a fan of cozy mysteries, and for more adventures with Nikki Sullivan and her sister-in-love, Audra, look out for Murder on Kane Lane, Book 1 in the Sullivan Sisters Deadly Design cozy mystery under pen name KC Hadley. She’d love to connect with you @khadley11 or Author KC Hadley Cozy Mystery on social media!

Tell me about your contribution to The Good Enough Mom.
I authored Maya Sullivan’s story. It’s about a subject that is taboo for mothers and double taboo for Black mothers. Because the subject matter is on the heavy side, I lightened it with a character named Ms. Perky. She was a joy to write!

What inspired you to write it?
Gina originally asked for a FUNNY, light-hearted piece about motherhood, but I wasn’t in that place in my head. Motherhood is not all rainbows and sunshine every day, and I wanted to give a voice to women who might be in the shadows. I believe Maya’s story will open a discussion about something that’s hard to talk about.

What black fiction are you excited to read next?
Eric Jerome Dickey’s The Son of Mr. Suleman is next on my TBR [to be read]!

What’s next for you?
I am loving my new cozy mystery series! I get to escape into a picturesque seaside community with a ton of quirky characters and the lovable Sullivan sisters. I throw in a mystery to solve, and my readers are really enjoying it. Check out the first book in the series, Murder on Kane Lane, and the next one, Murder on Fleet Street will be coming soon! 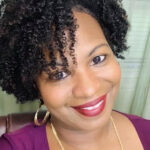 Lorna “L.A.” Lewis is a national bestselling author of Dirty Little Secrets, Dirty Little Secrets II: Expect the Unexpected, and Double Down and Dirty. She’s written many short stories, and a daily devotional. Lorna’s a speaker, screenwriter, producer, and CEO of L.C.L Publishing LLC. She is the mastermind behind Changing Lives the Write Way, a coaching program for anyone who want to turn their battles into books. Lorna’s a graduate of Southern University A&M College and a member of Delta Sigma Theta Sorority, Inc. You can follow Lorna on Instagram  @lorna_loves_writing, Facebook/Twitter @AuthorLALewis, or visit her website at www.authorlalewis.com

Tell me about your contribution to The Good Enough Mom.
I’m the author of Harper Miller’s story. Harper is a social media sensation who works hard to show other mothers that it is possible to have a perfect life. She has a wonderful husband, three beautiful children, and the job of her dreams. Her viewers don’t realize the life Harper shows and the one she lives is quite different. Harper’s mother-in-law hates her, and Harper can’t figure out why. On top of that, her best friend and cameraman, Corey, is starting to turn on her and does something that leaves Harper speechless and distraught.

What inspired you to write it?
I’m always fascinated with social media influencers who somehow find a way to capture and grow their audience to millions of subscribers. I thought it would be fun to create a character like some of the women I’ve seen. I wanted to show her life in front of the camera and a sneak peek behind the scenes, also known as real life. I love that Harper has real issues, but she feels like no one wants to see that. In her mind, the viewers want to be uplifted and motivated, and she’s made it her mission to give them that. She hadn’t learned that sometimes people find motivation by seeing others go through the trials and coming out on the other side a better person.

If you had to pick another career, what would it be and why?
If I had to choose another career, I think I’d be a crime scene investigator. That seems like an interesting career, but of course, I am speaking as someone who’s only seen crime scenes on television. I have a feeling if I were on an actual scene, I probably wouldn’t last past five minutes. I’d sure like to give it a try, though.

What’s the best part of being an author?
The best part of being an author is having the ability to escape reality from time to time, especially now that it seems so much negativity is happening all around us. When life feels like it’s getting too heavy for me, I’m blessed that I can always use my creativity to pull me into another world. One that I have a little control over. People who aren’t authors always find it interesting when I say sometimes my characters and plots take me by surprise too, which is why I’ll never say I have total control over my writing. It’s still nice to dive into my character’s drama and temporarily forget the world’s troubles.

What’s next for you?
I’m currently working on my fourth novel, The Loves of His Life. I don’t know when it’ll be released yet, but prayerfully by the end of this year or the beginning of 2022. I’m also working on a couple of screenplay ideas. 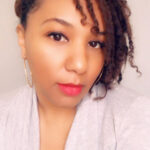 Nicole Bird-Faulkner is a native New Yorker who currently lives in Atlanta, Georgia. She is the author of Yet Holding On and was featured in two anthologies, Confessions: Secrets and Lies Revealed and The Good Enough Mom. Nicole is a mother of four who enjoys writing stories she can escape in. She is currently working on two projects, Memoirs of an Ex-aholic and Games People Play with ReShonda Tate Billingsley.

Tell me about your contribution to The Good Enough Mom.
First, let me say this…I fangirled. I am such a fan of these three women, and I’m so blessed to be working with them. I wrote Ashlyn Carrington’s story. Ashlyn is a newly divorced mom of two older children who have finally flown the coop. For the first time, she finds herself completely alone and trying to figure out who she is outside of her family.

What inspired you to write it?
I think many women find themselves trying to figure out who they are at certain points of parenting. It’s so easy to lose yourself behind the titles you wear, and I know that feeling all too well. I remember after my twins were born, I looked in the mirror and couldn’t recognize my face. (Now, that could’ve been the extreme fatigue or the fact that everywhere I went I was (insert child’s name here) mama.) My world was so wrapped up in them I forgot about myself. Being able to reconnect with who I was at my core was so important. There are women who feel that. They feel that disassociation. I wanted to write to them. I wanted to write this story for those women who are rediscovering themselves when life turns upside down. There are many of us out there, and I wanted them to see themselves in this book.

When did you fall in love with the written word?
Early. Super early. I was a “precocious reader,” and my mom always kept a book in my hands. I loved where the written word could take me. There are no borders with books.

If you had to pick another career, what would it be and why?
Don’t judge me, but I wanted to be a dancer/singer in the chorus of a Broadway show. Can I sing? Eh. I can dance, though. Well, I could before my knees retired.

What’s next for you?
I’m working on a couple of things. I’ve finished a novel recently called, Memoirs of an Ex-aholic, and I’m working through that. I’m also working on another project that I hope will be finished soon…if the four kids let me.

Use the Black Fiction Addiction affiliate link to purchase your copy of The Good Enough Mom.