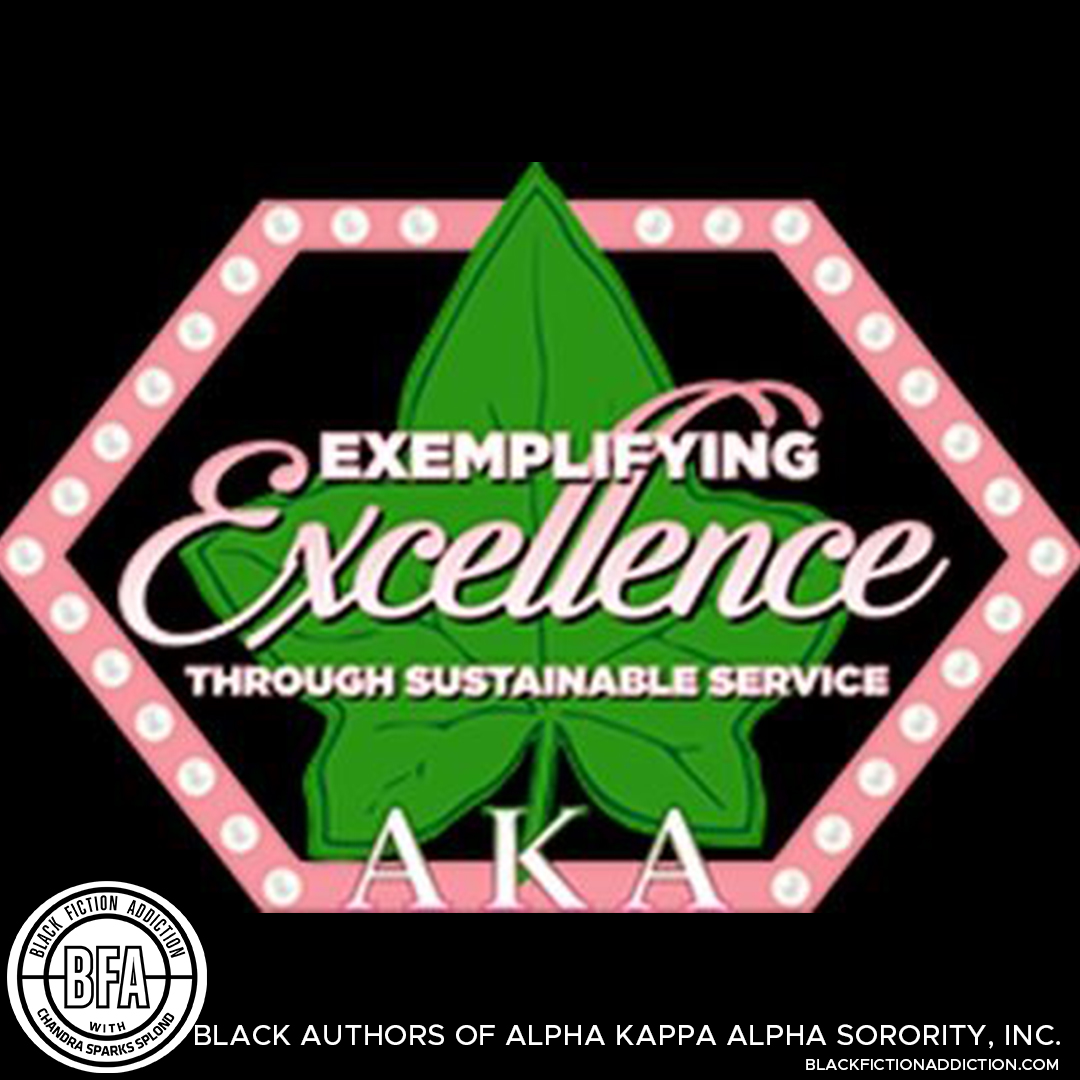 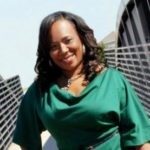 ReShonda Tate Billingsley has always had an active imagination. From making up stories to crafting award-winning poems, the national bestselling author has always maintained a love for the written word. After numerous rejections from publishers, ReShonda stepped out on faith, established her own publishing company, and released her debut novel. She was later signed to a major deal, and she remains one of her publishers top African-American authors. ReShonda is a  former television and radio news reporter, including a stint at The National Enquirer and as an anchor and reporter for NBC, ABC and FOX television stations in Beaumont, Texas, Oklahoma City, Oklahoma and Houston, Texas.

Check out: A Little Bit of Karma 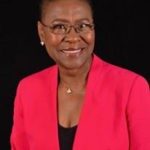 Joyce A. Brown has been an avid reader and writer since learning to read. She is a graduate of Bradley University, where she received her B.S. and M.A. degrees, and a graduate of Western Michigan University where she received her Ph.D.  Joyce is a self-published author who was nominated by Broadview Public Library District in the 2017 Soon To Be Famous Illinois Author Project; she was a finalist in the project for her novel, Getting Away With Everything. She also writes a bi-monthly article for the online publication Garden Spices Magazine. 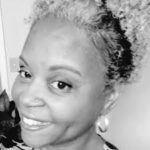 Diane Dorcé was born in Gary, Indiana. Her first writing venture was a self-published preteen novel that received rave reviews and a Honorary Mention in the Writers Digest Self-Publish Book Awards. She has also written a mystery-suspense novel. an urban drama, as well as contributed to a short-story anthology. Her latest novel “Blood Secrets” is the second book from her Zack Monstar mysteries. 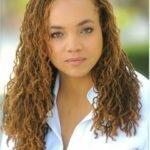 Nina Foxx is an award-winning filmmaker, playwright, and novelist. She writes as both Nina Foxx and Cynnamon Foster.  Her work, including such novels as Catfish, has appeared on numerous bestseller lists around the country, and her films have won awards at the Sundance Film Festival, the Tribeca Film Festival, Cannes, and the Rome International Film Festival. Originally from Jamaica, New York, Nina lives with her family near Seattle, Washington, where she works in human-computer interaction for a major software company. 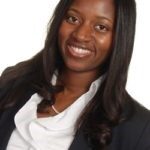 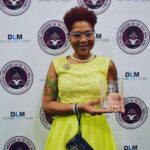 Cheris Hodges was bitten by the writing bug at an early age and always knew she wanted to be a writer. She wrote her first romance novel, Revelations, after having a vivid dream about the characters. She hopped out of bed at 2 A.M. and started writing. A graduate of Johnson C. Smith University and a winner of the NC Press Association’s community journalism award, Cheris lives in Charlotte, North Carolina, where she is a freelance journalist.  Her new novel, Won’t Go Home Without You, will be released on January 26. Visit her at www.thecherishodges.com

Check Out: Won’t Go Home Without You 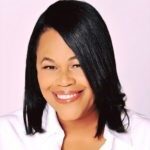 According to Essence magazine, author Norma L. Jarrett, if you’re a Reader craving juicy plotlines driven by decent and compelling characters, you’ll always find a kindred spirit in Norma. She is the award winning author of novels Sunday Brunch, Sweet Magnolia and the Essence bestseller The Sunday Brunch Diaries (Essence bestseller), as well as her latest, Salt and Sky.  Her work has been featured in USA Today, Essence, Ebony, Publisher’s Weekly, Rolling Out, Southern Living, and Upscale. Norma has been a featured guest on The Yolanda Adams radio show and is a graduate of North Carolina A & T State University and Thurgood Marshall School of Law. 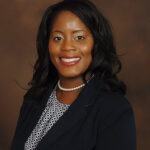 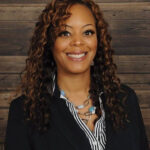 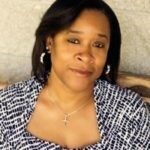 Sheryl Lister has enjoyed reading and writing for as long as she can remember. She writes contemporary and inspirational romance and romantic suspense. She been nominated for an Emma Award, RT Reviewer’s Choice Award and named BRAB’s 2015 Best New Author. When she’s not reading, writing or playing chauffeur, Sheryl can be found on a date with her husband or in the kitchen creating appetizers and bite-sized desserts. Sheryl resides in California and is a wife, mother of three daughters and a son-in-love, and grandmother to two very special little boys. 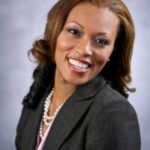 Tia McCollors used to dream of being a television news anchor, but her destiny led her behind the pages instead of in front of the cameras. After earning a B.A. in Journalism and Mass Communications from University of North Carolina, Chapel Hill, she went on to work several jobs in the public relations industry. In 1999, a job layoff prompted Tia to discover and pursue a writing career.  Following the birth of her son in 2006, she left the corporate arena to focus on raising her children and her burgeoning writing career. In addition to being the author of such books as Friday Night Love, Tia is an inspirational speaker and instructor for writing workshops. She particularly enjoys coaching women of faith, female entrepreneurs, and stay-at-home mothers. A native of Greensboro, North Carolina, Tia now lives in the Atlanta, Georgia area with her husband and children. 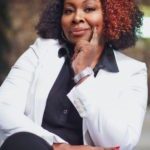 Do you like strong, sensual, alpha bad boys forced to humble themselves for the women they love? Me too. I am Sienna Mynx, the naughty writer of over thirty contemporary, paranormal and historical sensual romances. I have also published two women contemporary novellas under the penname T.A. Ford. My stories have often been accused of sweeping readers away in heart-racing decadence that can provoke laughter, soft sighs and even gratifying tears. 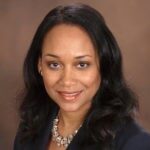 Check out: A Duke, the Lady and a Baby 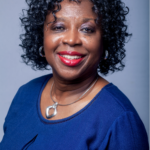 Author Michele Sims, the creator of the Moore Family Saga, loves writing hot paranormal romance, romantic suspense, and stories with multicultural characters. She has been featured on The Hive Podcast with Tia Kelly and SORMAG digital magazine’s New Authors edition. The recipient of the 2019 RSJ Debut Author Award, the 2018 RSJ Aspiring Author Award, and first runner-up in the Introvert Press Poetry Contest for February 2018, she is a member of the LRWA, in Charleston, SC. She’s also proud member of AKA.

Check out: The Fire God Tour 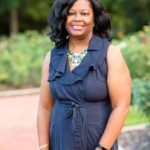 Chandra Sparks Splond is an editor, speaker and award-winning author and the blogger behind Black Fiction Addiction. She is a 2019 recipient of the Learning for Life award presented by the Orlean Beeson School of Education at Samford University. In addition to having published several number one Amazon bestselling books, Chandra’s young adult novel Make It Work was named Alabama’s Great Read 2017, Spin It Like That was chosen as a Popular Paperback for Young Adults by the Young Adult Library Services Association (YALSA), and The Pledge was a YALSA Quick Pick for Reluctant Readers.  Black Pearls Magazine honored Chandra as a legends and leaders for her blog. Her editing clients have included several New York Times, USA Today and Essence bestselling authors. In addition to working for Kensington Publishing as the consulting editor for Arabesque romance, Chandra has also done work for Random House, Moody Publishers, Kimani Press (formerly known as BET Books), and Hyperion. She has also worked for Good Housekeeping, Samford University, Black and Married with Kids, Brides Noir, Weddingpages, Newsday, The Morning Call and Romantic Times. Splond graduated from the University of Alabama at Tuscaloosa with a degree in journalism and has a master’s degree in instructional design and technology from Samford University. She resides in Birmingham, Alabama, with her family. 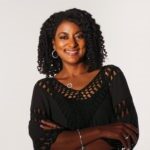 Kim Cash Tate is the bestselling author of several books, including Cling (2017) and the Promises of God series: Though I Stumble, If I Believe, If You’re with Me, and When I’m Tempted. A former practicing attorney, she is also a Bible teacher with an active YouTube channel. She’s been married to her husband Bill for more than two decades, and they live in St. Louis with their two young adult children.

Check out: As Long as I Cling 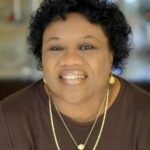 When not daydreaming or writing about a romantic heroes and heroines, Renee Wynn spends her time reading, traveling and taking care of the great loves in her life, her husband and son.  Married to her hero, her college sweetheart, she uses him as inspiration for her strong silent-type heroes.