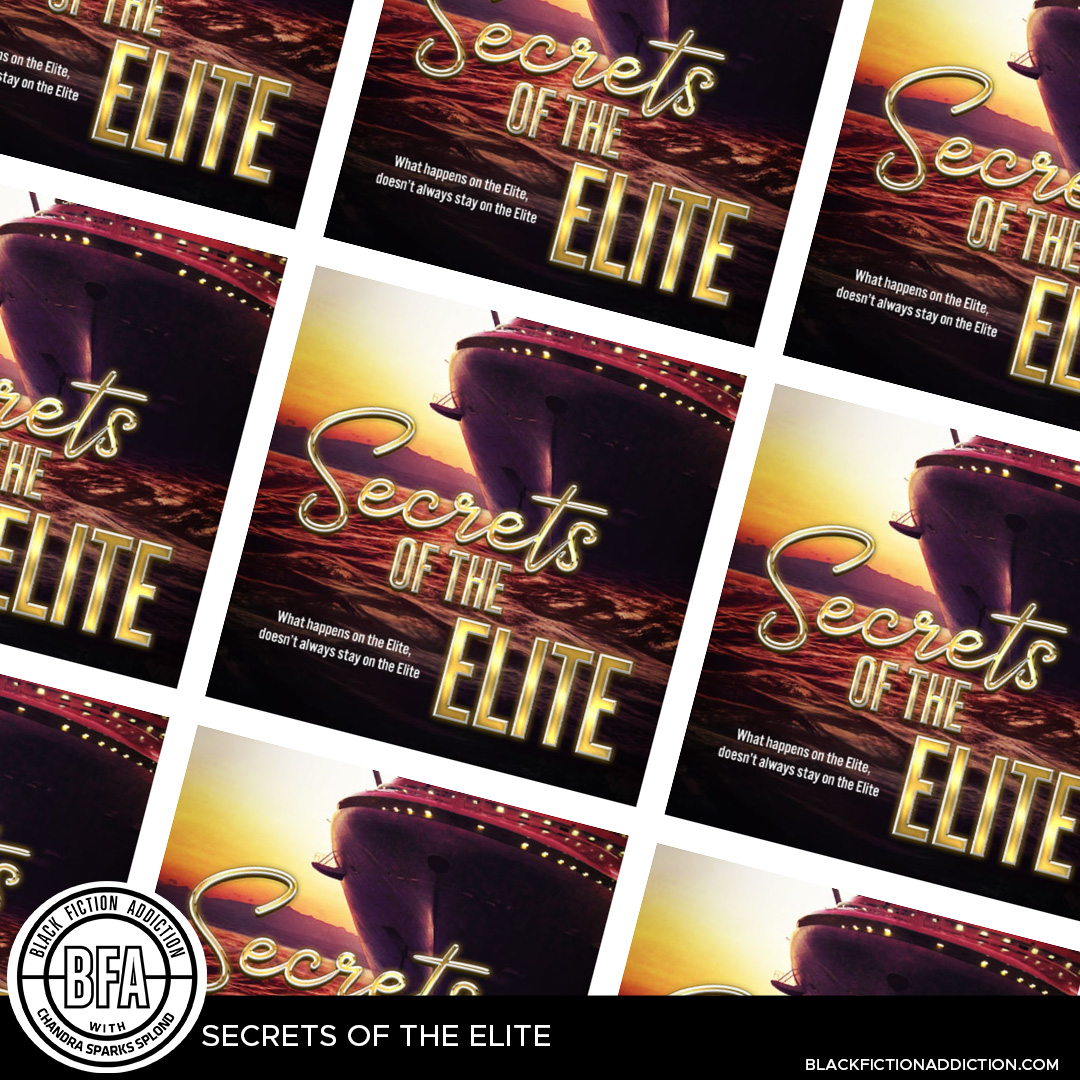 If you’re looking for some short reads or to discover some new-to-you authors, check out the Secrets of the Elite series, which was recently released. This anthology contains five standalone novellas from five talented, best-selling authors! Centered on an elite cruise ship that is sailing across Europe, you will find stories of romance, intrigue, mystery and even a touch of the paranormal.

Escaping Jonathan Hightower—Pepper Pace
Jordan never expected to find herself with a man like Jonathan, not after escaping the refugee camps of Somalia. But she didn’t fight for survival only to be treated like some man’s property.
Paolo is the new Head Superior Butler for the Elite cruise line, and while he expected to face some difficulties, he could never have expected to be in the center of a mystery that would change everything that he thought he knew about himself as well as the world around him…

No Repeats—Renee Wynn
Two years ago, Shayla Carr had one incredible night with wealthy Suede Boucher and didn’t want anything else. She didn’t need a man, complications or obstacles in her life. She had her business and her friends. As one of the top five financial analysts in her field, Shayla accepts a job to be the closer at a meeting being held on a cruise ship. She never expected to see Suede ever again. But she was now on his turf and he is determined to make her erase her no repeats rule. How can two emotionally wounded people let down their guard to find love and happiness after being deeply hurt?

Tiger King—Sydney Addae
It’s not every day a man finds the women of his son’s dreams, but that’s the case with Talon Stone, Tiger King. Over the years his sons have searched high and low for tigresses willing to give them cubs to complete their lives. It had been a fruitless endeavor until now. Seeing the three women leave the hotel en route to a seven-day cruise, Talon demands his sons drop everything to be on-board the Elite ship before it sails. Meeting Aleshia and her feisty daughters, Cherise and Charmaine, he realizes the price his sons may pay is steeper than they all considered.

Played by the Rules—Jacki Kelly
Alexandra moved back home to escape her past. There were plenty of mistakes she wanted to forget. Her life was going well until someone decided to destroy the tranquility. One vicious rumor and her cherished job is gone, someone’s hacked her social media accounts, and she’s under investigation.

Quentin can get the story of his career, maybe even a Pulitzer Prize. All he needs to do is get Alexandra to talk about her relationship with the soon-to-be City Councilman. But she has every reason to hate him.
When the two of them end up on a luxury cruise, trouble shows up too. Will Alexandra and Quentin forge a friendship long enough to save Alexandra from the rising threats?

Double Jeopardy—Sienna Mynx
Leticia fell in love with the man of her dreams. She could not have asked for more from the sexy man with the troubled past.

Adopted by a family that was emotionally aloof, Amadeo knows nothing about his heritage, other than it has given him exotic, eye-catching good looks. But the only woman that Amadeo cares about is the lovely, brown skinned, plus-size beauty with the sweet, innocent attitude–and making her his wife.

Wanting to give his love everything that her heart desires, Amadeo and Leticia embark on a journey across Europe where secrets are revealed—secrets that will forever change everything they thought they knew about each other.

Use the Black Fiction Addiction affiliate link to purchase your copy of Secrets of the Elite.

Previous Post: « Check Out These Books Released in January 2021
Next Post: African-American Authors (and Their Books) to Fall in Love with This Month »